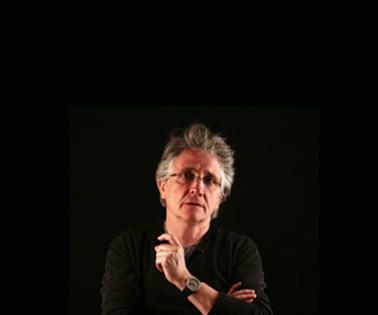 He got the degree on Senior Architect at the Technical School of Architecture in Madrid, in February 1979, getting the Thesis with the Architect Saenz Oiza with a Merit result. He collaborated with the Chair of Professor Oiza during this period.

He settled down in Jaca (Huesca), where he developed his professional activity, from late 1979 to 1985.

He was engaged by "Austin Company" as an Architectural Design Consultant in 1985, taking up residence in Madrid, and taking part in the Projects of the Company in Spain.

He decided to return to his private office and to the practice of his profession in late 1986, taking up residence in Zaragoza, and starting the current firm “Estudio de Arquitectura Joaquin Sicilia”; and with this name “ESTUDIO JOAQUIN SICILIA Y ASOCIADOS, ARQUITECTURA” since 1991.

In 1996, he was the founder manager of “FUNDACIÓN AL SUR” related to cultural aspects and movement joined to the environment and population migration.

In 1997 he was named Member of the Provincial Heritage Committee as an expert in Architecture appointed by the Minister of Culture, a post he hold until 2003.

Partner of the Ecology and Development Foundation.

PRONATUR Member. It’s an Association dedicated to Researching and Developing of the Urban greening. Since 2011 he is named Technical Director of that Society. Since 2012 he is named Vicepresident and Technical person in charge.

The José de Calasanz Cross was awarded to Mr. Joaquín Sicilia Carnicer, according to the order of March 4, 2010, of the Education, Culture and Sport Department, published on the Aragon Official Gazette, No. 54, dated March 18, 2010. It was awarded “… because has contributed to the creation of modern and sustainable facilities for the education in Aragón with his designs and his creative and functional works”.

The inauguration of its new offices at 21-23, Via Pignatelli in Zaragoza, took place in December 1999, keeping the firm, as a Management and Project Development Agency.

Since the conception of architecture as a way of understanding life, Joaquin Sicilia Carnicer always develops its activity related to different subjects.

The evaluation of territorial scale performances, under these parameters, has got the same effect that performances in urban scales, spaces and objects. The connecting link, in the treatment of different scales, always passes through an attempt to take the character and symbolic value of the materials in its relation to the quality of users life. This symbolic value includes parameters that necessarily tend to refer to the values ​​of the nature (natural or artificial) of the environment; understanding territory, place and landscape -at last- as the first and most important construction material to work with.

He collaborates and researches with several University Departments and Companies for the validation and incorporation of new materials and technologies to the traditional construction; having got, in this sense, several patents.